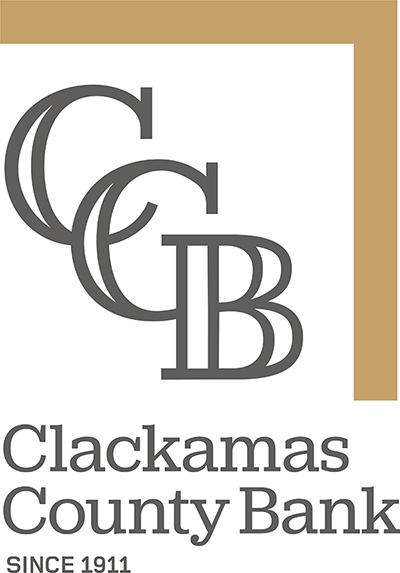 Clackamas County Bank was founded in 1911 by A.I. Deaton and M.A. Deaton. The Bank played an important role in the development of the Sandy community as well as serving customers who lived within Clackamas County. In 1918, Walker A. Proctor invested $10,000 to buy a controlling interest. Little did he realize that his purchase would lead to five generations of family leadership!

For 37 years, Walker served as President. He led the Bank through the GREAT DEPRESSION ~ an amazing feat considering the thousands of banks that failed. With the help of his son, Fred Sr. there was "no question of closing the doors - if you want your money, come and get it!" but no one came! The customers were confident that the Bank would not fail.

After Walker's retirement, Fred Proctor Sr. became the Chief of Operations and Cashier. In 1955, Fred Proctor Sr.’s sister, Eugenia Proctor Alt became President. She was the first woman to become president of any bank in Oregon. During her tenure, the Hoodland branch opened in Welches in 1967, and today remains the only bank on the mountain.

Fred Proctor Jr. began working in the bank in 1950. In 1974 Fred Proctor Jr. became President. He learned from his father how to work within the rules. "During World War II, there was a law that you couldn't loan money for a down payment on a car or a house. So, a lot of people bought cows. You knew everybody, their kids and the generations ahead of them." Fred continued with the philosophy of personal service.

In 1978 during Fred Jr.’s presidency, the Boring Branch location opened.

In 1988 Fred Proctor Jr.’s son, Randy Proctor became President. Randy brought his work experience and knowledge he gained working outside of the banking industry. The philosophy of treating people as individuals never changed reviewing every loan request stating, "these are people asking for help, not statistics."

In 1989 Clackamas County Bank expanded to the Gresham area with a Loan Center.

In 1990 the Gresham Loan Center moved to the Gresham Village and turned into a full service branch.

Cathy Stuchlik, Fred’s daughter, became Chairwomen of the Board in 1993. During this time, Cathy and Randy shared responsibilities leading the Bank.

After Randy’s passing in 2006, Cathy Stuchlik was elected President and retained her position as Chairwoman of the Board.

In 2007 the Bank started an annual fundraising event called Party on the Patio in honor of Randy Proctor. This event benefits Mt. Hood Hospice, a not-for-profit Hospice that Randy Proctor helped in their beginning years in business serving on their board.

In 2019 CCB began construction on the new Gresham building located on East Burnside.

In 2020 the Gresham Branch moved to this new location off of Burnside.